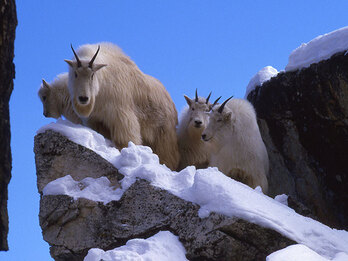 Thanks to everyone who has been counting down the minutes and seconds to MWJ, it truly is an honor to have your attention in this sea of countless distractions, each of them competing for your attention, and demanding likes and shares.  What makes me stand out? 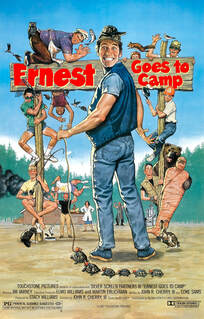 I'm usually in a good mood here at fort drum, and have a 'sunny disposition', but sometimes I start thinking about everything- how much work I've put into my education and my art project, how much money and time I've spent marketing my website, and how hard I worked at all those jobs I had that ended up amounting to nothing.  I joined the Army to have a stable job, and the truth is I haven't really had any luck with friends or women in years, and I spend an incredible amount of time just by myself tinkering away at my project or reading.  The first 4 months I was here at fort drum I didn't go out recreationaly 1 single time, and that experience is not unique to fort drum.

I understand why people might say "you think too much", and I can relate that not thinking about your problems causes them to have less impact, that seems to me like there is a man pointing a gun at you and shooting, you call for help only to be told to 'just ignore him'.  We have to look out into our cerebral surroundings to find solutions, and in this respect the gunman is in the pitch black, and we are reaching around, feeling tepidly for his ethereal presence, trying to find the source of the cognitive weight placed on our minds.

My personal philosophy has always been very strongly decisive about the 'human condition' being far too punitive and cruel, too disrespectful and resentful, too prone to the assumption of guilt, and subjective self interested and judgmental tendencies.   This is not to say that people are usually like that, from a different perspective people are generally compassionate and kind, but me being so 'boring' has created a story that is pretty hard to deny, and my self reflection can lure me into a less than sunny disposition. 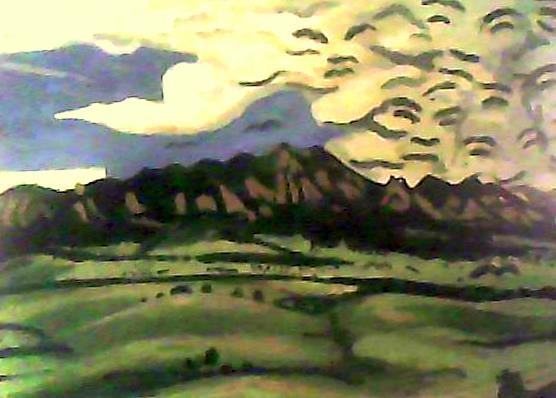 This Tony Robbins clip is the proof that negative thinking and negative stories are the worst possible scenario, and it is a brilliant rebuke to my writing. I'm not looking for pity, but there are many different perspectives in life, and I don't  just white wash all of them to look like happy little life lessons.   ​​
Another dream I had was of a man of Arabic descent telling me he was giving me a house, a house in my own architectural style flashed in the dream, with it's creative and colorful shape.  Then I was inside the house, happily arranging and cleaning out my new abode.  My sister was in the house, she was finishing off a new hardwood floor, then came the realization that my mother was dead and that was her house that we were both joyfully renovating.  I woke up thinking that was a sick dream to have.  It seemed like I could not properly react to my mothers death and the dream was forcing me, or framing me into optimism, much like a person with a lobotomy.

And then there was the dream that I posted in an earlier MWJ was about a Goldman sacks commercial with the woman telling me I was getting paid just before I awoke at 3 am to the ringtone of my email from PNC that my paycheck was deposited.  "dream advertising" or "dream terrorism" is the dystopian image that was conjured.

Offensive gestures against me are a crowded set of dots on the landscape of my life.  I'm just one person in a jumbled world of billions of people, but I seem to be a magnet for negativity and retribution.  I've been stabbed multiple times and have been assaulted and robbed multiple times. But I don't believe these dreams are subconscious manifestations of the negativity,  insults, and personal intrusions I have come to expect from life.  I believe they are actual intrusions.

I am a spiritual person, and when I am not dressed up in ancient shaman ritual attire smoking peyote, I am considering the divine and otherworldly having a strong influence on our world.  I did not look for this worldview, when I was around 17 I started noticing things in my life that I thought to be divine influence or otherworldly. I treated this influence as if it was a flame to keep alive, and like the ancients of old, I feed the flames of this influence in my life. When I'm not conducting human sacrifices on top of a sprawling pyramid, I'm 'involved' in the poetry of communication and the 'communion'  with this existential force which I believe to be far more powerful and intelligent than I can even comprehend.
It's hard to look at things in our past in a linear way, we usually have stories that we choose to tell about the meanings and the junctures of our lives.  We can see the evidence of scientists trying to nail down hard evidence with a plethora of graphs and statistics, regression models and pie charts, trying to find causal factors, so a person musing about this or that is usually just establishing a general approximation of a very giant data set, and it combines with what they happen to be feeling a at the time.   In a quantum world,  the dynamics of chance and the influence of chaos, or entropy, creates a strange atmosphere of potentiality which makes it very hard to discern external influence on ones self and it's sometimes easier to live  life as a quest for orderliness and simplicity, either by shutting out the possibility of the spiritual realm, or embracing it but relegating it to a set of simple notions.  Stephen Hawking began his "brief history of the universe" with this interesting story:

"A well-known scientist once gave a public lecture on astronomy. He described how the earth orbits around the sun and how the sun, in turn, orbits around the center of a vast collection of stars called our galaxy. At the end of the lecture, a little old lady at the back of the room got up and said: "What you have told us is rubbish. The world is really a flat plate supported on the back of a giant tortoise." The scientist gave a superior smile before replying, "What is the tortoise standing on?" "You're very clever, young man, very clever," said the old lady. "But it's turtles all the way down!"

I live in a sea of complications and outside influence, I am freely acted on by seemingly anything- having so many jobs and being so controversial, I am forever 'the new guy' and the underling, I'm like a rag-doll that gets tossed around helplessly by the ocean powerless to control the gravity imposed by countless impersonal and transactional microcosms to which I am simply like the oxygen in the air, to facilitate movement through the ether of life, or a piece or organic matter, to have its nutrients extracted and used to fertilize a garden into which I am denied entry.

I think that many are subconsciously looking for an outlet for their aggression, so they want to find someone who they can picture as being antithetical to their worldview so they can mount a campaign of character destruction and worse.  To get a photo with the proverbial hunted lions carcass, or presiding over the 'villain' that they constructed in order to satisfy the psychological need for the comfort of being able to kill their competitors.  A figure like me serves as a perfect model villain for those who wish to settle the score for years of bullying, and I am conveniently being dragged naked through the dirt behind a chariot, an easy target for zealous would be 'war heroes'.

I feel like I am surrounded, backed into a corner, overwhelmed by the enemy, just waiting to be exterminated after I have served my sentence of suffering and humiliation.  People can judge me for my perspective but they got invited to Christmas, not left in a shitty hotel room in Richmond Virginia while their entire family partied without them.  People have secure jobs, they haven't been fired 34 times.  People have friends and support networks, they haven't been left alone for years at a time without any friends and with all of their coworkers whispering behind their backs and hating them. At the Army training (AIT) the commander loved my essay and told the drill sargeant he wanted me to become an officer, we had a date set to meet and I prepared for two weeks in anticipation.  He missed our meeting and the drill assured me he was just getting everything all set logistically for the 'transfer'  then 2 weeks later I discovered that  the drill was talking about me to my classmates without me present, he said that the commander looked in the classroom and pointed at me, "is that him?" he asked, "yes" said the drill.  "never mind" was the response, and he walked away.

Being hit repeatedly with the proverbial brick has shattered the lens through which I see life.  I used to be the leader of my group of friends back in high school, I used to golf and skateboard and snowboard and everything was a charming picturesque landscape of comfort and happiness.   Now I'm like a pit bull who has been raised for fighting by chaining him to a fence in a back alley and kicking and burning him, and releasing other dogs on him to attack.  I spent my years at the bottom of the barrel, the bottom of the social latter, even lower than that.  Even the extreme poor in Africa that live on less than a dollar a day have family and friends around them, I didn't even have that, but I have my artwork and my faith in God. 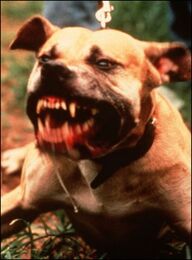 It's a self sustaining cycle, mistreating someone;  like the pit bull who is used to torture, the person subject to the abuse is going to naturally develop a temperament much like a fighting dog, and people will prod him with metal spokes and burning rods to prompt him to control his aggression, or just to provoke it for their own laughs, but that type of thing is what caused it in the first place.  In society we need to treat people right to begin with not just ignore them and hope to punish them into obedience once they express shock at being squeezed of every single morsel of self respect and dignity by a society that has completely ignored them except for when some bit of value needs to be exploited.

Striving not to let a personal slight go unpunished is sometimes a logistical nightmare as you might imagine, but in my experience it is hard to stem the flow of blood once the parasite latches on, and so it is better to bite back. We were not born into a free society if we are not even free to retain our own dignity and self respect.  I will always maintain that I have lived through countless abominations against God, but on another level you have Donald Trump maintaining that he has endured countless abominations at the hands of the Democrats. I guess the Old Lady was right after all, it's turtles all the way down!