Some people don't know what being a well oiled machine feels like, they spend their lives unwinding, especially before they turn 40 and have to move out of moms house and get a job.  They hate being wound up, and they are always broke with no leads or girlfriend to show for themselves.  I bet if you put those slack-a-daisy’s through a 60 hour/week work regimen supplemented by intense physical fitness and social engagement, at the end of a couple weeks they will have friends, a great body, and a bunch of cash in hand.  They are going to understand why so many people toil themselves and endure so much hardship, because that’s a great feeling to have.

All people are slacking in some areas.  The neuro-biologist who reads 4 books a week has a panic attack when he talks to women, so the machinists had to crank his gears and drag him through the bars until he reached his reasonable quota for talking to women.  4 weeks later he was loosening up with women, and the hardship turned into a source for his personal strength. 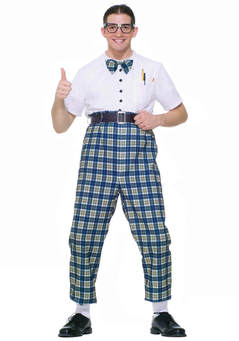 That’s  asceticism is self discipline for the sake of spiritual benefits or otherwise.  Hindus and buddhists used to do excruciating asceticism and then feel euphoria afterwards as a spiritual journey of sorts.  The tighter you crank that machine the worse it’s going to hurt, the worse it hurts the more that's getting done, and you are exercising demons of inaction and laziness, you are sweating them out of your pores hypothetically. 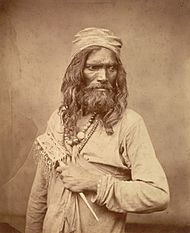 One of the tricks that has helped me to build a visually rewarding piece of art is the realization that I can wind it up for as long as I want, and get it as tight as I want.  You are looking at a very tightly wound piece of machinery that will eventually reach critical mass.
Specialization is a cornerstone of a well organized and highly functioning economy and society.  A PhD is so specialized that it is realistic, in fact expected, that the research they conduct will further advance the available knowledge in that field of study.  That's the pushing out of the knowledge frontier, you are expected to do that after you pay a hundred thousand dollars for school so don't let me catch you slacking.


I saw a random blip by Richard C Fox, a Rochester NY businessman who owns hundreds of Wendy's restaurants.  He was spouting off some of his revered wisdom, saying that its important to be a generalist.  This goes contrary to the sub specialized mania gripping our country.  The more I thought about it, I realized he was right, nobody works on the same thing for 16 hours straight, except my ex girlfriend, get it?  People always have a set of skills that span the spectrum of standard human activity.  Relationship building, learning, producing, teaching maybe even worshiping.

I still have not made my point.  Instead of making it right away I’m going make you start thinking about remote controls, if you are familiar with some of my previous work you may have heard the remote control analogy before.  If you want to change the station you click the remote control and the channel changes.  You don’t just hit the button and you start running 4 miles a day, that’s a little bit different.  But if you were to decide at any point in time whether or not you would want to do that, you would want to (hypothetically).  The machine that is you and all your ‘moving parts’ has to do a lot of coordinating and mentally preparing, then get peer pressure and the doctor giving blood pressure lecture and the mirror mirror on the wall saying you're fat.  And then you might step your little tippy toe into the gym, shivering and shaking with all those buff lunks staring you down and telling you telepathically to leave now.

What if it was simpler and you could just click the remote control and trap yourself into doing it.  I have been known to smoke up to 4 cigarettes a day.  If I could hit the button and I get 0 cigarettes for the entire rest of my life I would do it.  Of course I can’t do that, but the question is not the infeasibility, but how to make it closer to being feasible, or thinking what might be feasible in that respect.  Sorry I’m not going to figure that out for you.

I will do my best to figure out how we could do that for you. Maybe you could have a community support team that has a couple tools at their disposal.  Say you sign up and institutions get on board.  Say you want to eat healthy.  The healthy eating people come to the house and lock away your food in time locked containers, contact your bank, which refuses you cash, forcing you to pay for stuff on your debit card, which has been programmed to only allow certain purchases, then the health nazis check your levels every day, so in effect you allowed for a limitation of your freedoms in order to eat healthy.  People want to control their savings, exercise, oversight over kids schoolwork, advance their own education, test their information retention, and more. It’s almost like signing yourself up for slavery… Maybe you sign up for the alcohol limitation program after a night of binge drinking.

It’s so hard to crank that ratchet tighter and tighter, and if you think about it, one of the only and most prevalent tools that parents, teachers, government has to get you to quit smoking, for example, is to make you feel bad about smoking, by showing the guy with no lower jaw, and basically scaring you into it.  You dont want to be dead do you?  You don’t want to be a drug addict, a criminal, or a miscreant, then dont do this or that.  Then you start getting into areas like further education, getting a Six Sigma certification or a PMP for example.  There is no stigma telling you that you better go do that or else the horrific will happen, unless you are one of those panic attack stricken type A people that find that the PMP is the only way to quench their insatiable desire for professional advancement.   With stuff like that you basically reach within yourself to find the strength to follow through.  What if you could literally force yourself to complete the program or else your bank assets freeze or you get legally locked out of your house or something like that.

Some way, any way to give people moe freedom.  I know you think about freedom as the ability to get wet and wild down in Mexico for spring break.  But freedom is also the ability to better yourself, and pursue happiness that way as well.  I hate how there is such a cost barrier to education and to healthcare as well.  So the concept of sign-up-slavery is less of a concrete ideology, and more of a playground for the mind.  The opportunities are limitless, people can transform themselves into better and better and better people through slavery.  People can really be extraordinary inspirations and role models for those around them, all they need is a little slave labor session to point them in the right direction. .